Weatherlogics has released its outlook for Summer 2022! The outlook covers the expected weather across the Canadian Prairies for the growing season. We held a webinar to discuss our outlook on March 29, 2022. You can watch the webinar at the link below:

The main concern going into this growing season is the drought which plagued the Prairies in 2021. While the severity of the drought reached a high point last year, it had been building for several years. Saskatchewan and Manitoba were especially hard hit, with the past decade having many more dry years than wet ones. Not since 2016 have we seen widespread wet weather across the eastern Prairies. Droughts on the Prairies are nothing new, these types of dry cycles are apart of Prairie climate. If we look back in history, there are other decades which stand out as being very dry. The 1930s and 1980s are two that are frequently mentioned. The current dry period started around 2011 and continued through 2021. The start of 2022 hasn’t shown any significant signs of change in the overall pattern, despite a snowy winter on the eastern Prairies. Given the long-term dry pattern and future indicators, Weatherlogics anticipates another hot and dry summer for the southern Prairies. This is unfortunate news for farmers, who desperately need a reprieve from the drought. The only good news is that the spring should start cooler and wetter in eastern Saskatchewan and Manitoba, which may at least give crops a good start. However, we expect that hot and dry conditions will dominate the summer. The maps below show our temperature and precipitation outlooks.Weatherlogics also prepares a thunderstorm outlook each year. Thunderstorms occur every year across the Prairies, but some years have more numerous and severe storms than others. The past few years haven’t been particularly notable in terms of storm activity. Last year was especially benign, with an unprecedented 2-month period in mid-summer without a single tornado (a proxy of severe storm activity). While most of summer was inactive, Saskatchewan did see some devastating hailstorms at the ends of July and August. This highlights the fact that even in dry and generally inactive years, damaging storms still occur. Despite our dry outlook, we wish prairie farmers timely rains and good conditions this year! 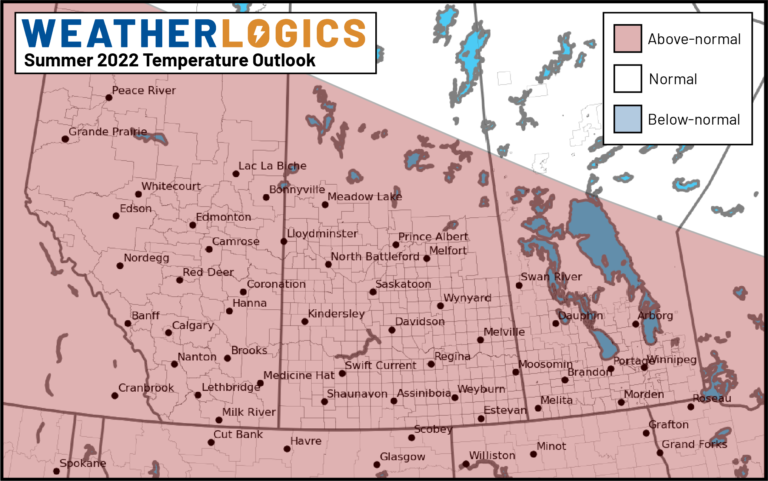 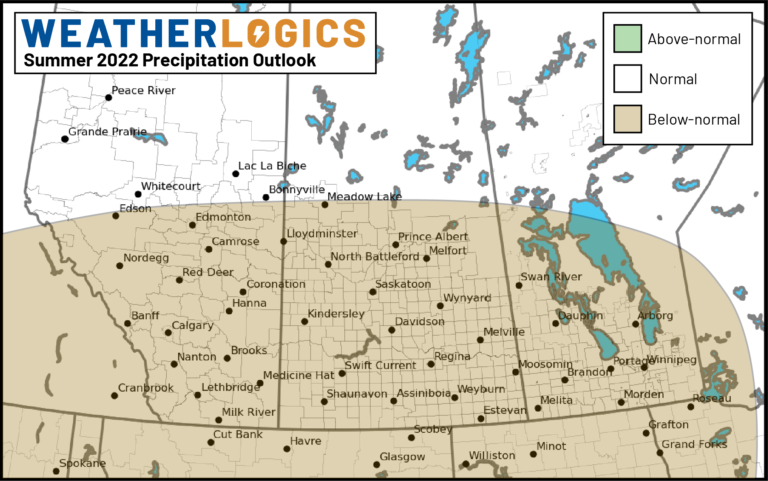 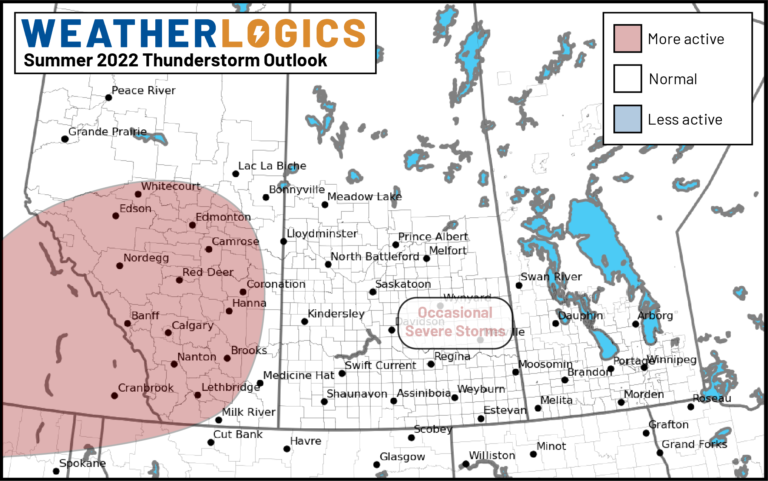