The Weatherlogics September weather story was a return to warm and dry weather across the Prairies. Every station in our climate summary was warmer than normal in September and all but four were drier than normal. Winnipeg, MB also recorded its 35th thirty degree day of the year on September 29, tying the record for most thirty degree days in a year, set back in 1988. The weather pattern looks to remain warm and dry as we move into October.

Actual – The actual mean temperature or total precipitation that occurred in the given month.

Normal – The 30-yr average mean temperature or total precipitation for the given month. We currently use the 1991-2020 period to calculate normal values.

Anomaly – The difference between the actual value and the normal value. Positive values indicate higher than normal, negative are lower than normal.

Rank – The all-time rank of the given month for the location. A value of 1 indicates that the value is the warmest/driest on record at that location. Any locations with a rank in the top-5 all-time for that month are in bold. 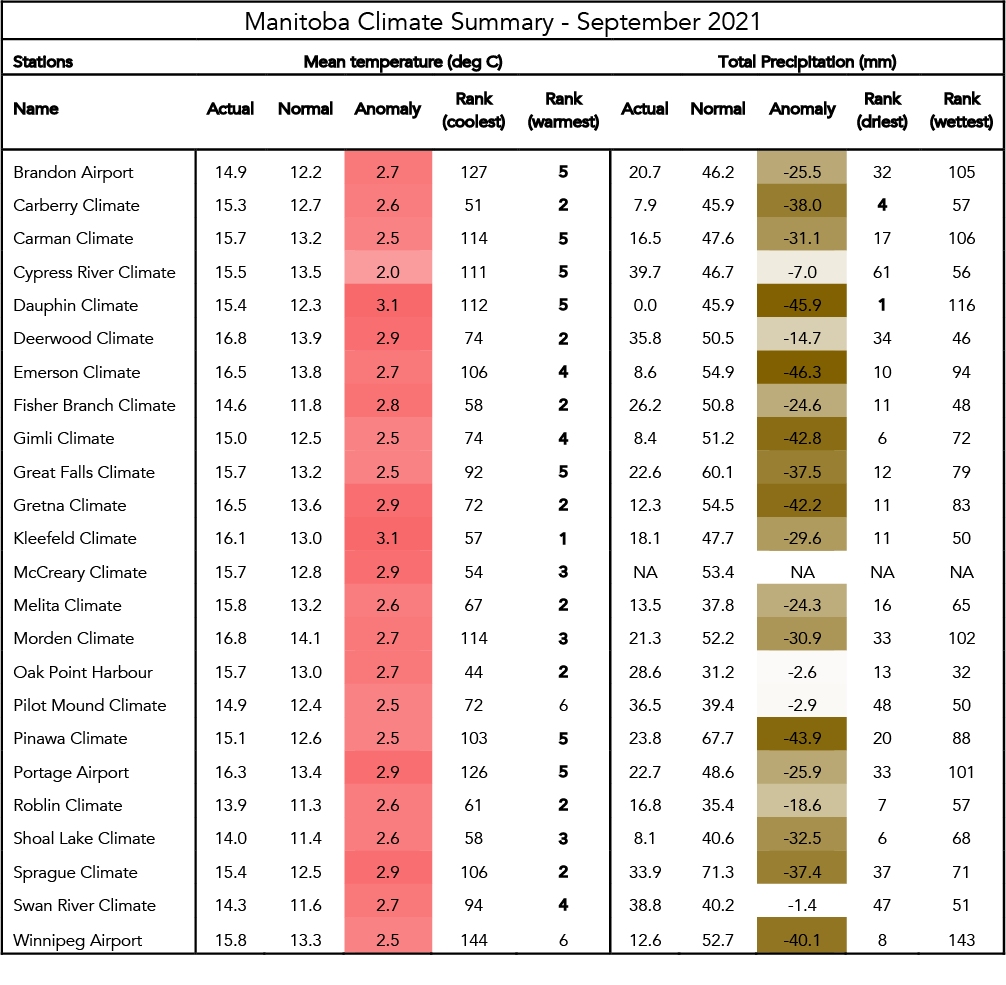 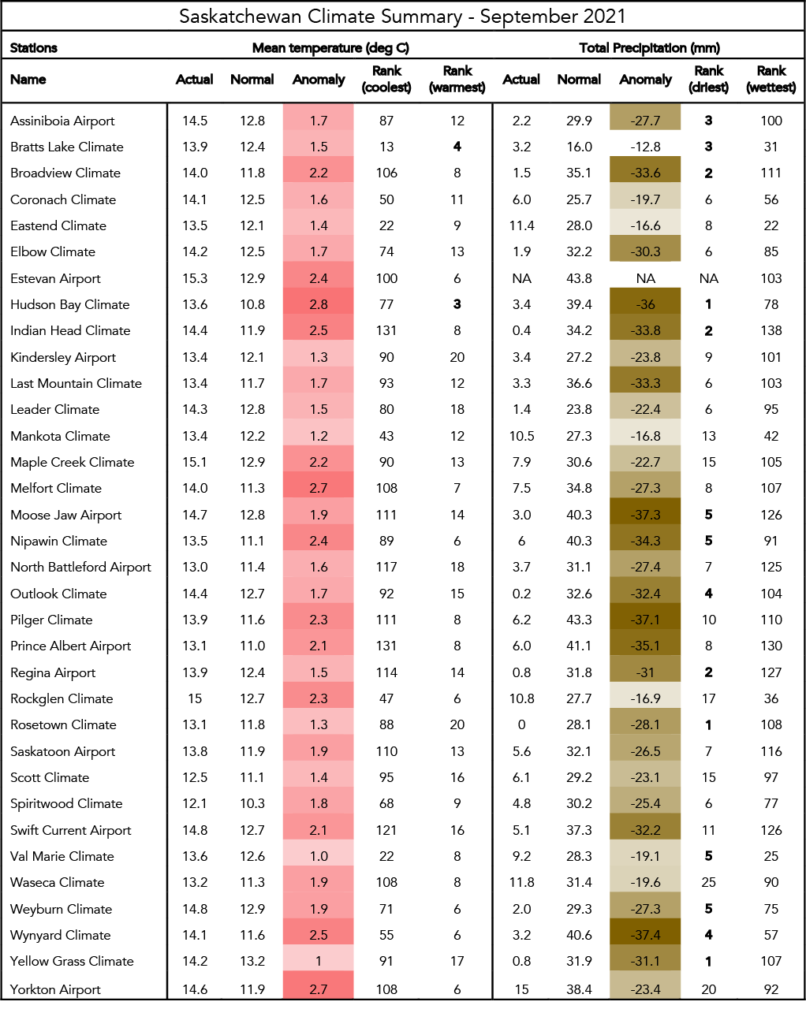 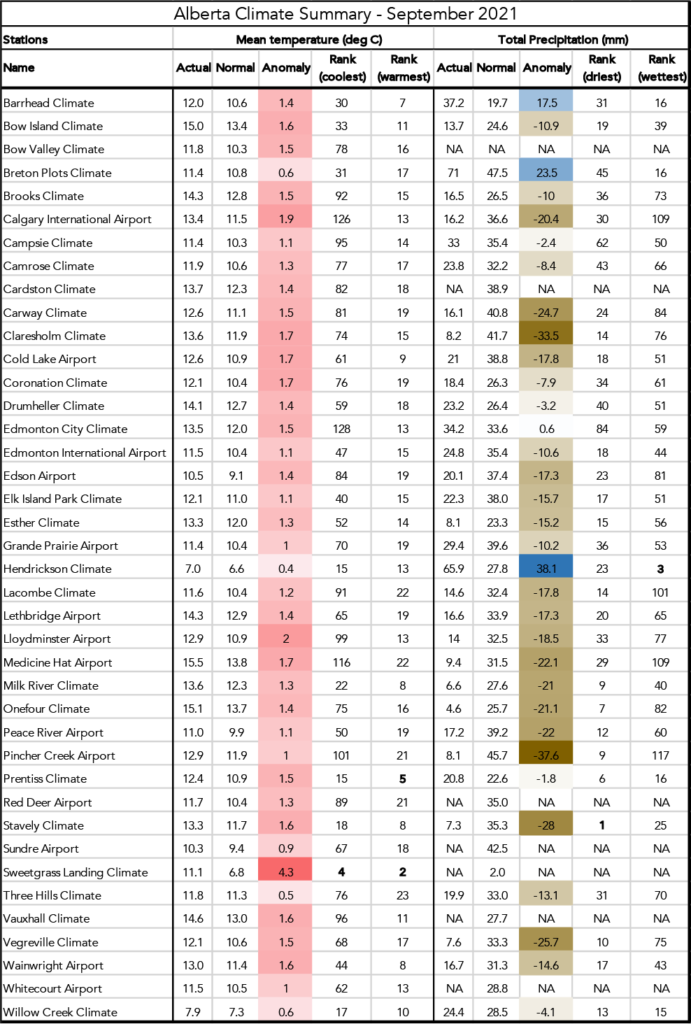