The Weatherlogics August weather story was the conclusion of a hot summer across the Prairies and the long-awaited arrival of significant rainfall. Calgary and Edmonton, AB both easily recorded their hottest summers on record, with mean temperatures of 18.3 C and 19.1 C, respectively. Saskatoon had its 2nd hottest summer, while Winnipeg, MB had its 4th hottest summer. Rainfall was much higher across the Prairies in August, with several weather systems causing all stations in Manitoba to have more rain than normal in August. Many stations in Alberta and Saskatchewan also had more rain in August, but not all stations were wetter than normal.

Actual – The actual mean temperature or total precipitation that occurred in the given month.

Normal – The 30-yr average mean temperature or total precipitation for the given month. We currently use the 1991-2020 period to calculate normal values.

Anomaly – The difference between the actual value and the normal value. Positive values indicate higher than normal, negative are lower than normal.

Rank – The all-time rank of the given month for the location. A value of 1 indicates that the value is the warmest/driest on record at that location. Any locations with a rank in the top-5 all-time for that month are in bold. 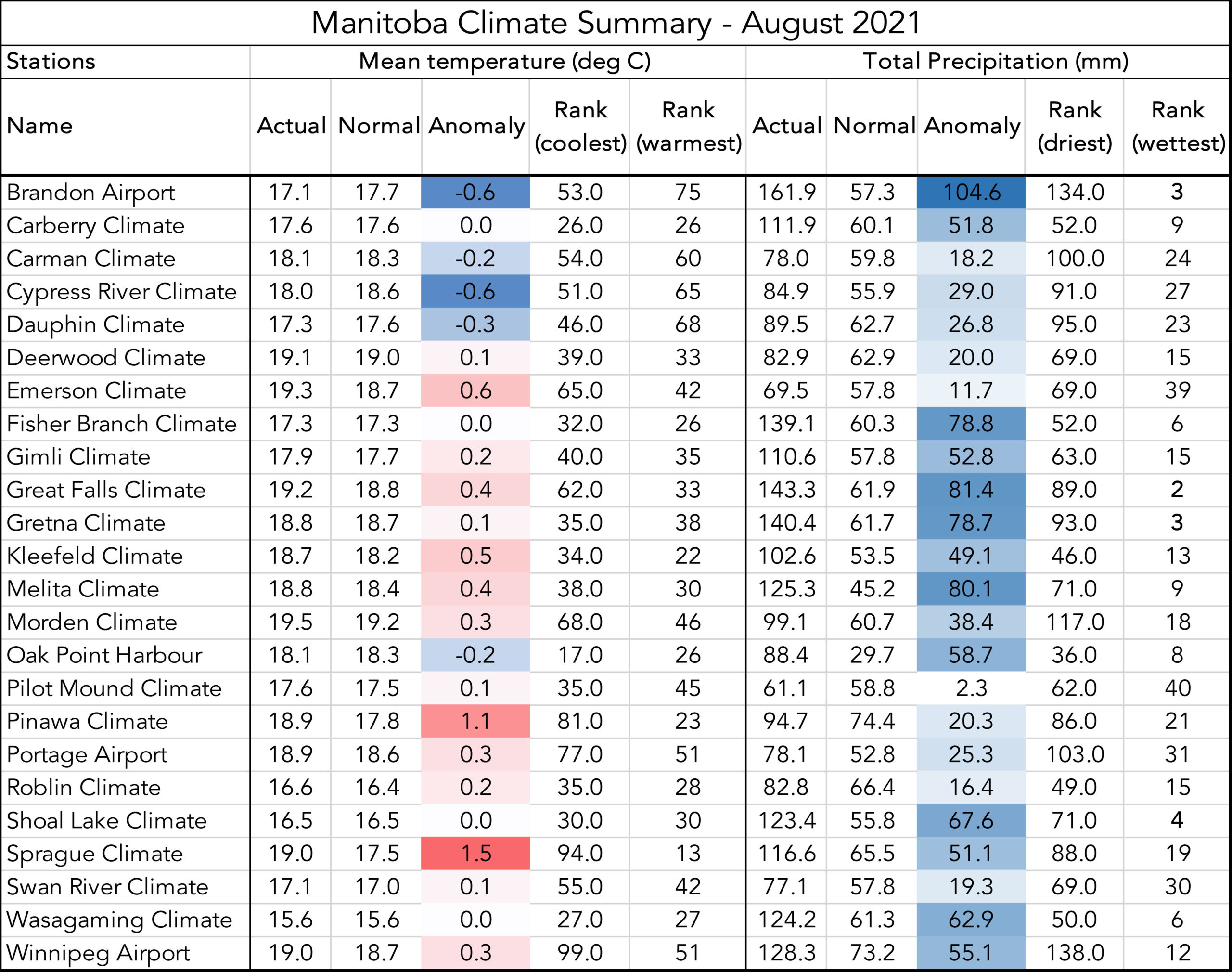 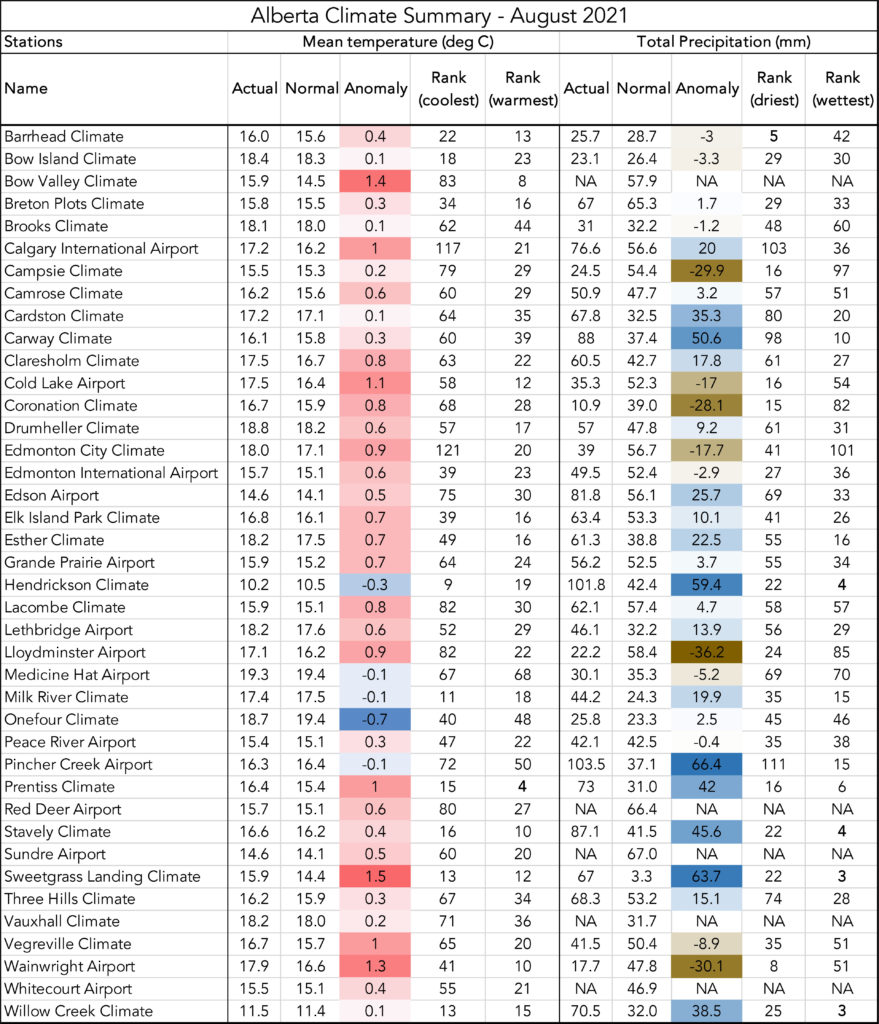 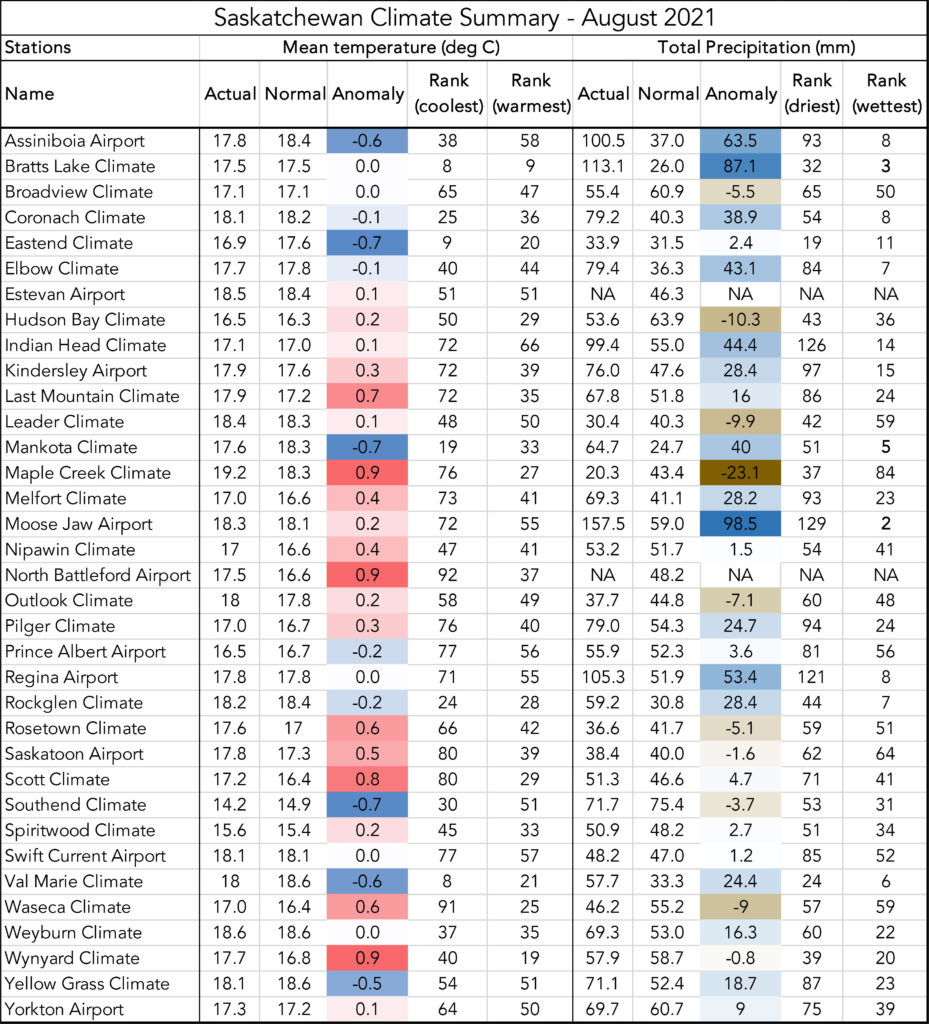